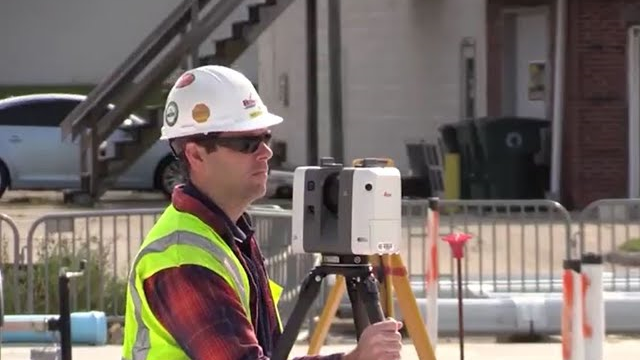 Laser scanning is a highly accurate method to capture the details of an existing building or construction site. By using laser light, advanced scanners create 3D representations known as point clouds. These point clouds contain data that is used to create a map of the precise shape and size of physical objects.

Because the process is quick and efficient, and the resulting 3D representation of site conditions is so accurate, laser scanning has become popular for a variety of building construction applications. However, if you haven’t seen 3D laser scanning used on a construction site, it can be revealing to understand the large impact this mapping technique can make.

So, let’s take a look at the following use cases for 3D laser scanning in construction.

What is 3D scanning of buildings?

What Is Laser Scanning in Construction? – 3D Laser scanning services, also known as high-definition surveying or reality capture, is a technique that uses laser rays to collect incredibly fine and accurate data of a construction site. A laser beam measures various dimensions of the structure such as the length, width, and height of the building components, as well as their connection to one another.

The process of scanning uses a specific technology for scanning the objects on a construction project. The technology is known as LiDAR (Light Detection and Ranging), Laser scanning has made its mark not only in the Architecture, Engineering, and Construction (AEC) industry, but also in various other sectors such as films & media, gaming & technology, medical, manufacturing, automobiles, and many more.

Even though the laser scanning technology has taken a little longer to reach the construction field, it is gradually becoming a standard on construction sites all over the world. The laser scanner creates a point cloud image that accurately replicates the scanned items.

What is 3D laser scanning used for?

What Is 3D Laser Scanning? 3D laser scanning uses either phase-based or LIDAR technology to accurately and efficiently capture 3-dimensional data in a wide variety of settings, regardless of size and surface features. Without physically touching what is being measured, 3D laser scanning creates clear and precise digital records of existing conditions.

What are the benefits of 3D Laser Scanning?

Fast— A single laser scanner can capture up to a million 3D data points per second, providing incredibly accurate and rich detail of every aspect of your project. Accurate— Individual measurements acquired by tape measures or hand-held devices are subject to errors. Laser scanning is the most accurate form of measurement available, delivering accuracy of a few millimeters or less. Reduce costs and change orders— Incorporating a laser scan into the design of your project assures accurate and complete information, avoiding the cost of equipment rental, manual measurement, clashes, change orders, not to mention project delays and headaches. Answers unanticipated questions— How many times have you left the job site only to discover you need a few more measurements? A 3D BIM scanning will capture extra data, eliminating the need to return to the project to answer unanticipated questions. Minimize shut-down times— Laser scanning is quick, safe and non-intrusive – eliminating or minimizing operational shut downs and client inconvenience. Safety— 3D scanning can obtain measurements in hard to reach or hazardous locations while keeping workers out of harm’s way. Scanning is completed safely from the ground without the need for harnesses, lifts or cranes.

How is the information from a 3D laser scan processed (analyzed and defined)? 3d laser mapping captures a large volume of 3D survey points – known as point cloud – on the surface of buildings and structures. Once the thousands or millions, of points are captured, they can be provided in a variety of formats including AutoCAD Plant 3D, Navisworks, Bentley MicroStation, Revit, AutoCAD MEP, or simple AutoCAD solids.

What is 3D surface scanning?

3D Surface Scanner Surface scanning is a non-invasive method to capture the shape, texture and volume information of a three-dimensional object. In terms of accuracy, it can be as accurate as micro-tomography. Yet, it does not involve any exposure to ionizing radiation.

The main purposes of their use are archiving, presentation/visualization, and quantification. The latter is closely tied to the department’s strength in geometric morphometric methods. Furthermore, surface scans represent virtual specimens that can be easily shared, re-measured or addressed with new set of measurements.

Face research (Schäfer Lab): Evolutionary theory explicitly places facial form in the middle of a causal chain as the mediating variable between biological causes of shape variation and person perception. Using geometric morphometrics, one can quantify and isolate those facial shape characteristics that lead to aesthetic and other judgments and directly compare them to the effects of physical processes (e.g., age, body height, BMI, hormones) on biological form (“Psychomorphospace”, Schaefer et al.2009). 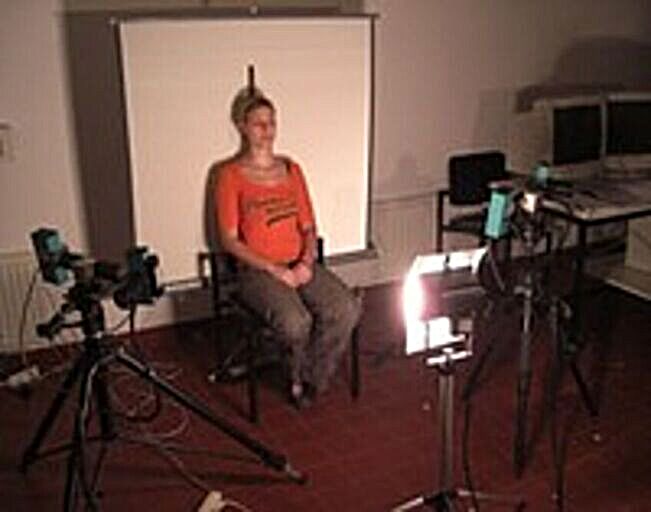 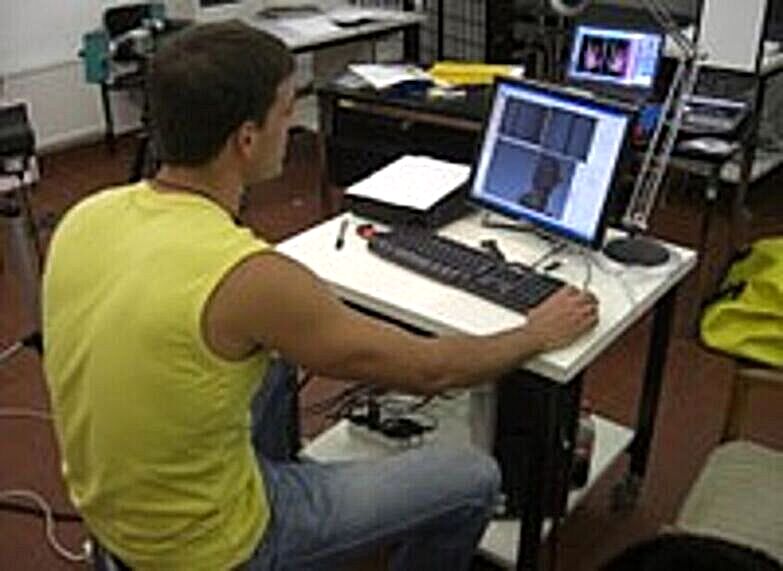 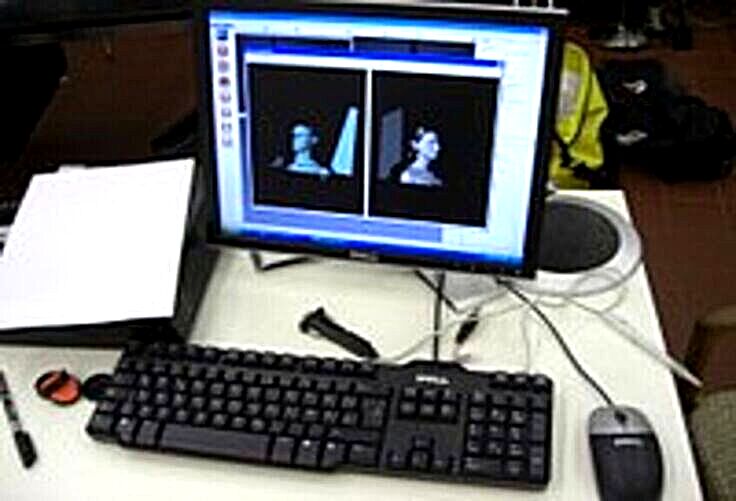 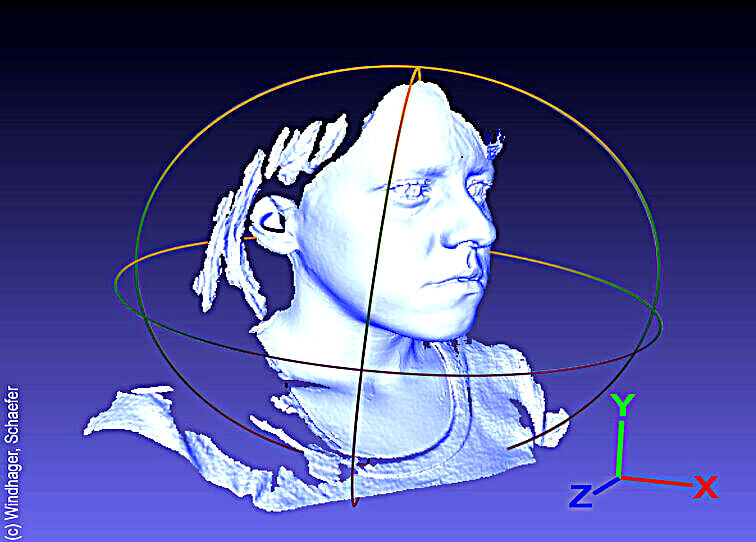 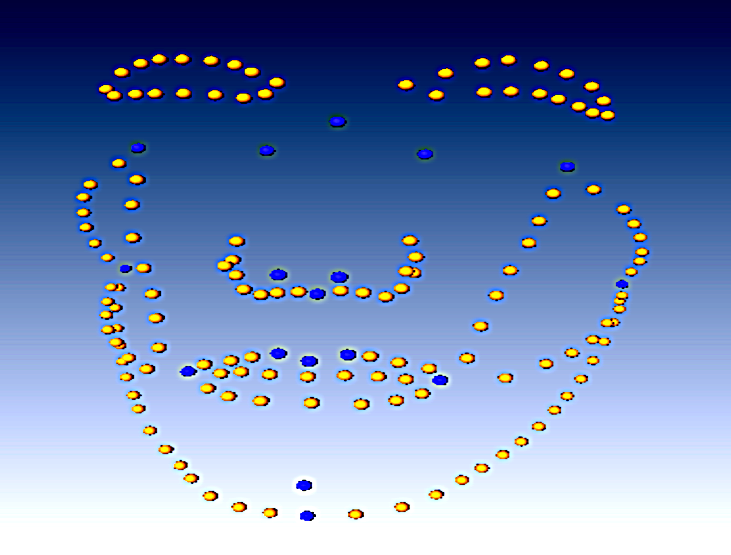 An example of geometric morphometric analyses: Fixed landmarks (blue) and sliding semilandmarks along curves (yellow) together with the whole mesh capture three-dimensional facial shape. After Procrustes superimposition all individual configurations are centered, scaled to the same size, and rotated to minimize the sum of squared distances over all landmarks.

Biological Theory, 4(1), 98–106. In the course of this project, a new method was developed that enables the volumetric analysis of soft tissue when photogrammetric data is available. Artificial models of perineal swellings were used to evaluate the accuracy of this approach through the comparison of the photogrammetric data with surface scan data from the same models. 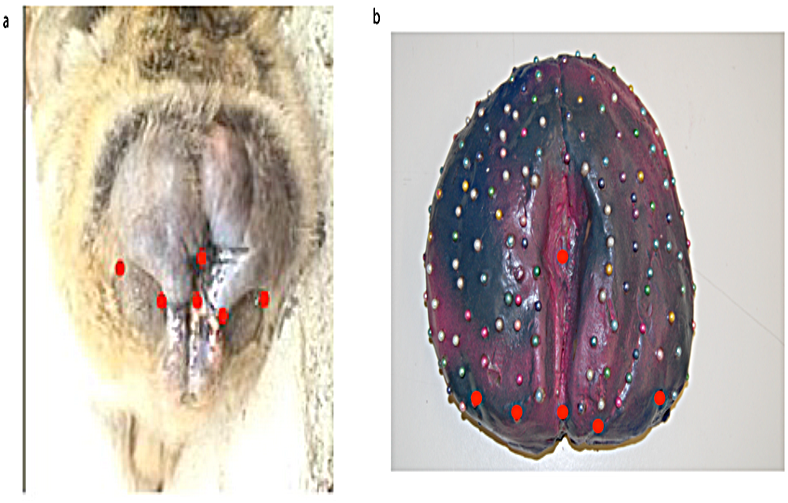 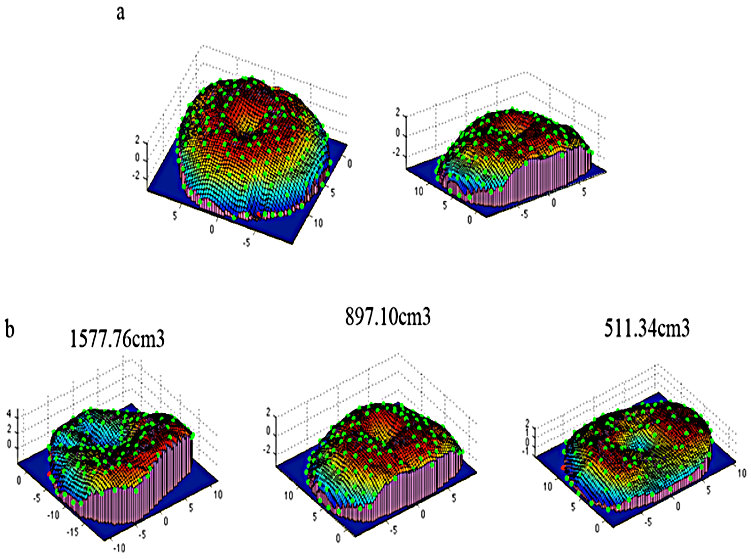 For example, a sphere was fitted to the articular surface, and a cylinder to the shaft. Then the geometric properties of these simple geometric objects were used for multivariate analyses of species’ variation. Reference: Pfisterer T, Bookstein FL, Breuckmann B, Schaefer K, Viola TB, Woerner H, Seidler, H (2007) Variability of the femoral head in catarrhines – A new 3D method for describing anatomical structures.

What are the two main types of 3D scanning technologies?

How much does it cost to 3D scan a building?

3D scanning a part can cost anywhere from $100 to $1,000 or more. Our rates are between $100 and $200 per hour, depending on the 3D scanning technology being used. The cost is ultimately dependent on the size and complexity of the part being 3D scanned.

Is laser scanning the same as 3D scanning?

LiDAR Technology – ‘Light detection and ranging’ is abbreviated as LiDAR, which is also sometimes referred to as ‘laser scanning’ or ‘ 3D scanning,’ A LiDAR system can fire up to 1 million pulses per second for LiDAR mapping, The measure of the light that will be reflected directly back to the scanner is taken.

How accurate is 3D laser scanning?

2. Accurate – Depending on the environment in which the scan is conducted and the specifics of the 3D laser scanner, an accuracy of 0.002-0.197″ may be achieved. This high level of accuracy helps ensure that measurements are correct the first time so that less work is needed to complete subsequent steps in design and production. 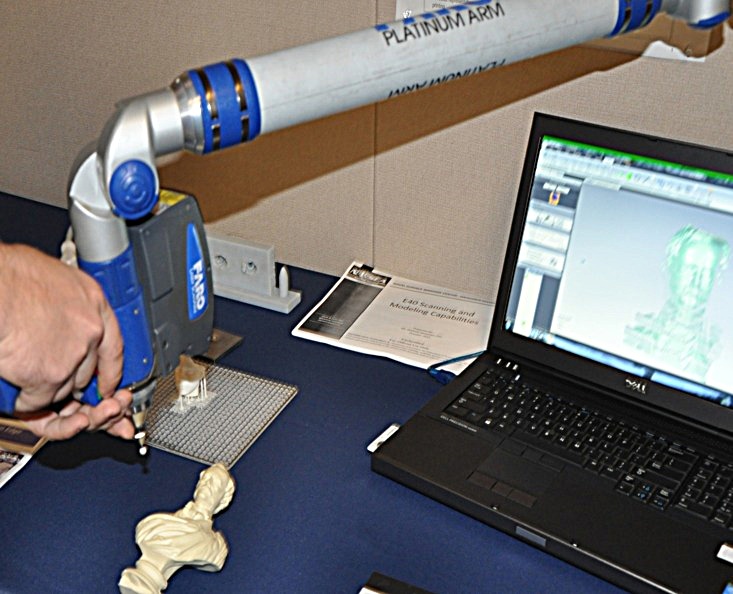 What are 3D scans called?

Introduction – The basic principle of 3D scanning is to use a 3D scanner to collect data about a subject. The subject can be:

Some 3D scanners can simultaneously collect shape and color data. A 3D scanned color surface is called a texture.3D scans are compatible with Computer-Aided Design (CAD) software and also 3D printing, after preparing the 3D model via specific software.

Laser triangulation: Projects a laser beam onto a surface and measures the deformation of the laser ray. Structured light: Measures the deformation of a light pattern when projected onto a surface to 3D scan the shape of the surface. Photogrammetry: Also called “3D scan from photographs”, this technology reconstructs a subject in 3D from 2D captures (photos) with computer vision and computational geometry algorithms. Contact-based 3D scanning technology: Relies on the sampling of several points on a surface, measured by a mechanical, optical, or physical probe. Laser pulse: Based on the Time of Flight (ToF) of a laser beam. The laser beam is projected onto a surface and recollected by a sensor. The time of travel of the laser between its emission and reception gives the surface’s geometrical information to the 3D scanner.

What are the three types of scanning?

2. Types – Scanning is primarily of three types. These are network scanning, port scanning, and vulnerability scanning.